BojanKrkic is a wanted man after his contract expired at Major League Soccer (MLS) outfit Montreal Impact at the end of the 2020 MLS season. BojanKrkic is a free agent at the moment but Montreal Impact want him to return to the club ahead of the 2021 MLS season scheduled to start in the coming weeks. BojanKrkic came through the ranks at Barcelona and the Spaniard was a hot prospect when he broke into the Barcelona team under the watchful eyes of Pep Guardiola. To further highlight his quality as a Barcelona youngster, BojanKrkic still holds the record for the youngest Champions League goalscorer in the knockout stage. He also played for clubs like AS Roma in the Italian Serie A and Stoke City in the Premier League but he was far too inconsistent to be among the biggest players in the world as he failed to maintain the hype that greeted him when he became a part of the Barcelona first team.

Former Barcelona midfielder Bojan Krkic currently has a lot of options to choose from as he broods over his next career path. The playmaker left Camp Nou and completed a switch to English club Stoke City back in 2014 and immediately became a fans' favorite after joining from the LA Liga giants. 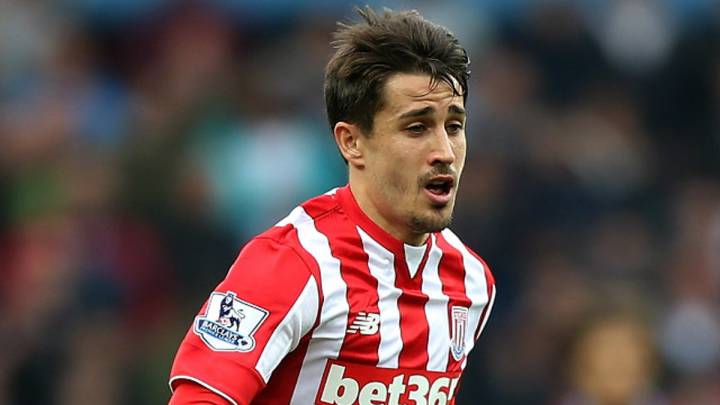 The Spanish playmaker has a lot of options both in Europe and in North America as he continues to hunt for the most ideal club to join and play some football in what he has labeled as the next chapter of his life. He is currently a free agent after spending a little over a year at Montreal Impact who have outlined their interest in retaining his services for the current campaign.

Catalan giants Barcelona were reportedly very close to the signing of Inter Milan's Argentine striker Lautaro Martinez. The striker was on fire last season for Antonio Conte's side and was tipped to make a switch to Spain, joining Barcelona ahead of a more prolonged stay in Italy. 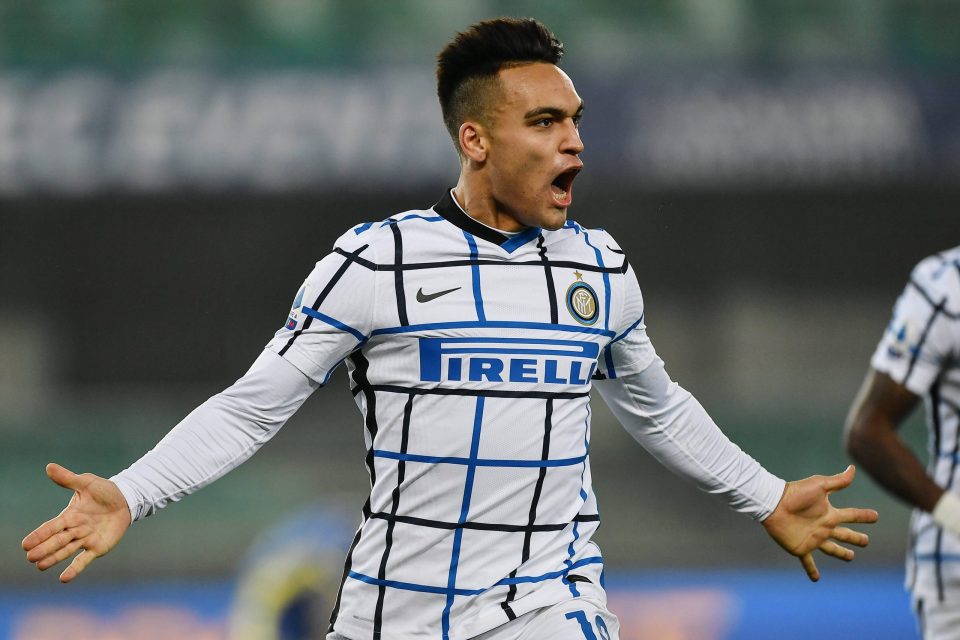 Just about the same time, Barcelona were trying to lure him away from Inter Milan, the Italian club were also in talks with him and were trying to convince him to tie his future to the club. The prolific striker scored 16 goals in 31 appearances for Inter in the 2019-20 season and it looked highly likely that he was leaving the club.

Spanish footballer BojanKrkic showed a lot of promise while he was breaking into the first team at Barcelona but he was not able to build on the early successes recorded in his football career. BojanKrkic is a product of the famed La Masia Academy and was dubbed the new Lionel Messi while coming through at the Nou Camp but the Spaniard didn't live up to the hype. Apart from Barcelona, BojanKrkic played for other European teams like AS Roma, AC Milan, Stoke City, Alaves, Ajax Amsterdam and Mainz 05. 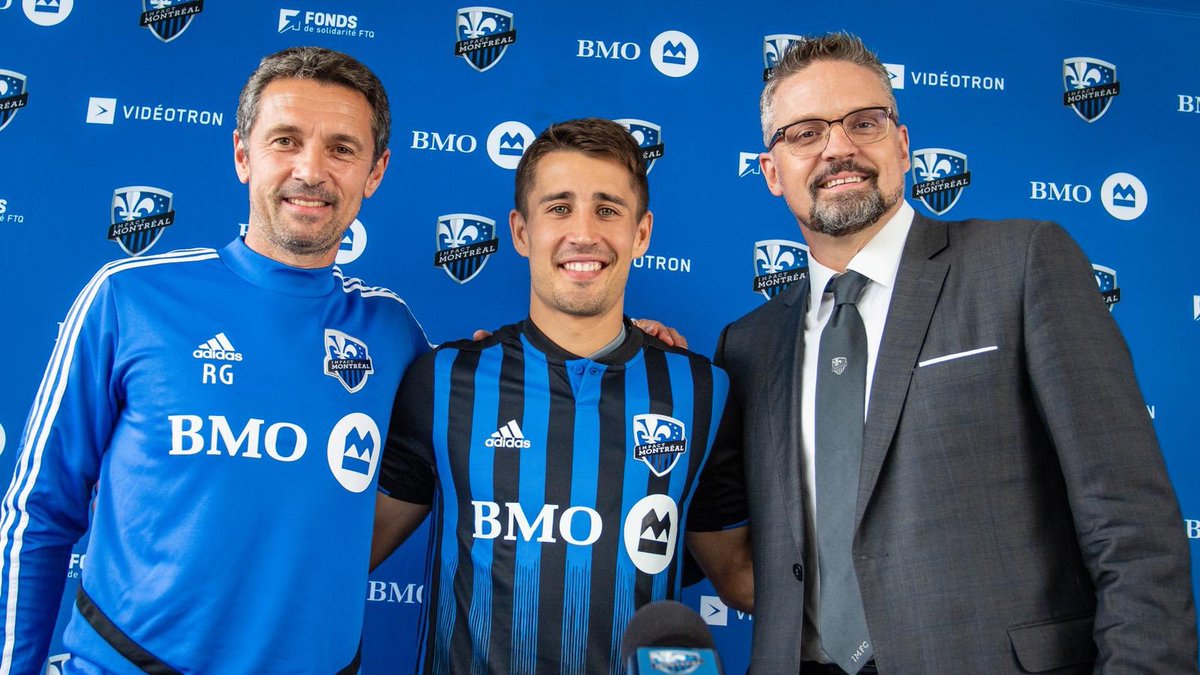 BojanKrkic signed for Montreal Impact in the Major League Soccer (MLS) last summer after the end of his Stoke City contract. He signed for the Canadian club as a free agent last year. He was one of the best players for Montreal Impact during the just concluded MLS season with the output of four goals plus two assists in 19 games in the league.

Spanish forward Bojan Krkic has been able to resurrect his football career following his move to Major League Soccer (MLS) team Montreal Impact in August 2019. He left European football for the MLS after his contract with English Championship outfit Stoke City was cancelled.

His career was at a crossroad before he signed for Montreal Impact as a free agent until the end of the 2020 season. BojanKrkic netted three goals in eight appearances for the remainder of the 2019 MLS season before adding four goals and two assists in 18 matches in the current campaign (2020 season). The 30-year-old also featured for Montreal Impact during the 2020 CONCACAF Champions League where he provided one assist in two games.

According to a report Arsenal are prepared to pay-out the remainder of Mesut Ozil’s contract. Arsenal manager Mikel Arteta has given the go ahead about the proposed negotiation. He is happy for the player to leave the club with one year remaining on his current deal.

Every young talent that emerges from the La Masia academy is termed the new Lionel Messi. But the legend of Messi has risen beyond La Masia and every young talent around the world is now considered as the next Argentine wizard. Many have been given the title and no one has reached the level that the Barca captain has reached. Most recently Ansu Fati. The 16 years old has already broken Lionel Messi's record. He still has a long way to go if he is to reach the level of Messi, but like the others only time will tell.

Manchester City manager Pep Guardiola has confirmed that, French defender Aymeric Laporte has no fresh injury concern and his substitution against Leicester City in February was to give the player the needed rest and not injury enforced.

After being pursued the whole of January, Christian Eriksen finally joined Inter Milan and Jose Mourinho says the Dane revealed his heart was no longer with the North London club earlier making his exit a much more easier decision to make.

Former Barcelona starlet Bojan has been released from his contract at Stoke City. His contract was terminated by mutual consent.
He was on loan for a year and a half at Mainz and Alaves respectively before returning to parent club, Stoke City.

Stoke endured a nightmare campaign in the championship as they finished in a Bojan joined Stoke City in 2014 from Barcelona, he made 85 appearances across five years in all competitions, scoring 16 goals in the process. Stoke released a statement on their official website to wish the Spaniard well in the future.