Mark Hughes says that he feels happy with the performances

Mark Hughes says that he feels happy with the performances of his team in pre-season. 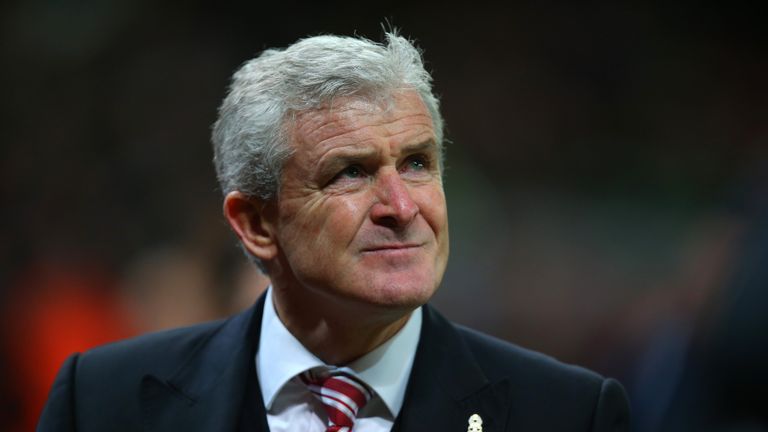 The manager was speaking in glowing terms about the team even after they are 1-0 defeat against German outfit Hamburg. The 1-0 loss was the second friendly defeat after Stoke City started their pre-season in the worst possible manner with a 3-0 loss against lower league Burton Albion. Michael Gregoritsch scored nine minutes into the second half and this turned out to be the only goal of the game.

Hughes will feel happy with the way his team performed in his first season at the club.

Stoke City were aware that there was going to be a monumental change in terms of style of play and the way they went about their business after the departure of Tony Pulis. However, these had to happen at little compromise in terms of their Premier League status. Hughes managed to achieve this exactly as planned after the club finished ninth in the table. They were better off clubs like Chelsea and Everton. Even though they missed out on Europa League football, Hughes will be more than happy to have done so since it is often seen that Europa League disrupts the flow of the domestic competitions.