Bojan Krkic was an extremely promising teenager when he came through the ranks at Barcelona. 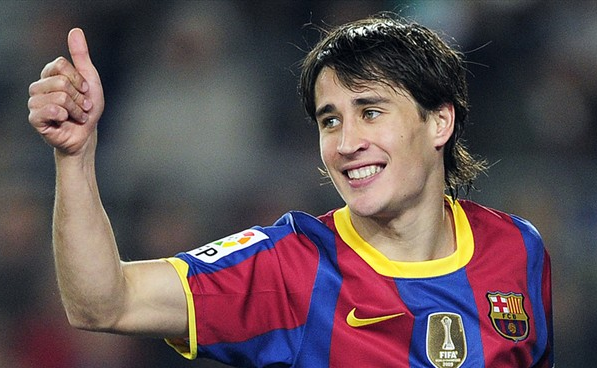 However, he went from the status as a relative unknown for a majority of the fans towards being on the verge of being called up for the Spain national team. More importantly,Krkic was expected to be part of the Spanish national team travelling to the Euro 2008. It would have been a crowning moment for any player wishing to be part of the national team, butKrkic’s offer came at the age of 17. He was just diagnosed with an anxiety attack just a few months ago.

Now with Stoke City, he has revealed that there was never a possibility that he could have travelled with the national team without compromising on their success. The Spain national team went on to win the Euro 2008 and a period of impeccable domination followed.Krkic has never managed to reappear at the international front on a consistent basis. He made only one appearance for the national team. Since then, he has been at clubs like Roma, Milan, and Ajax before recently joining Stoke City on a permanent basis. His form with Stoke has been relatively good enough, but not sufficient to earn a call up to the Euro 2016 squad.